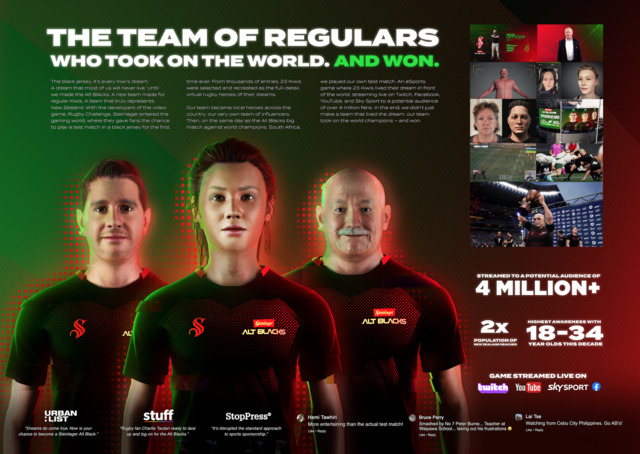 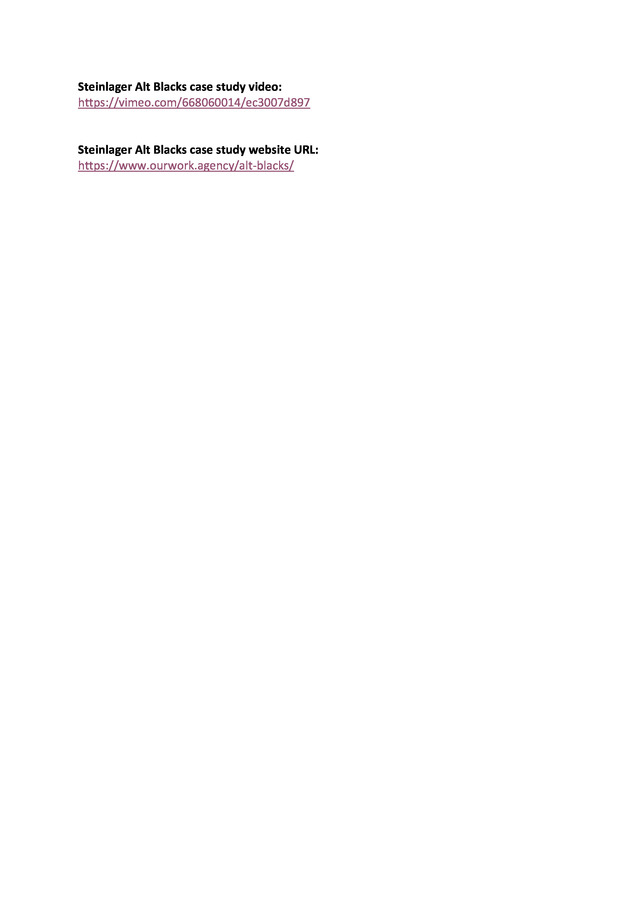 Background: Steinlager has always appealed to an older, mostly male audience of loyalists, but has never really broken through to an audience beyond that, in particular the 18–34-year-old audience, and female audiences. Steinlager also sponsors the world-famous All Blacks – a team that Kiwis of all ages, genders, and backgrounds dream of playing for. So, we created the Alt Blacks: a new team that gave regular Kiwis the chance to play a test match in a black jersey for the first time ever, regardless of age, gender, or complete lack of sporting ability. This was the moment every Kiwi has dreamed of.

Idea: The black jersey. It’s every Kiwi’s dream. A dream that most of us will never live. So, we gave regular Kiwis the chance to play in a black jersey for the first time ever by creating a new team: the Alt Blacks. With the developers of the popular video game, Rugby Challenge, Steinlager went into the gaming world. In this world, we could turn anyone into the rugby hero of their dreams, so they could play in a test match versus world champions, South Africa, in front of millions of fans – something that could never happen in the real world.

Results: Our live eSports match went head-to-head with the All Blacks game, playing on the same day that they played world champions, South Africa – the ultimate test of our team's newfound stardom. And our game streamed to a potential audience of over 4 million fans around the world. As a whole, our campaign reached 2x the population of New Zealand and achieved our ultimate goal of bringing Steinlager to a new audience, as we achieved our highest awareness with people aged 18-34 in the past decade. In the end, we didn’t just make a team that lived the dream. We made a team that took on the world champions, in front of millions of fans, with the Steinlager logo on their chests - and won.