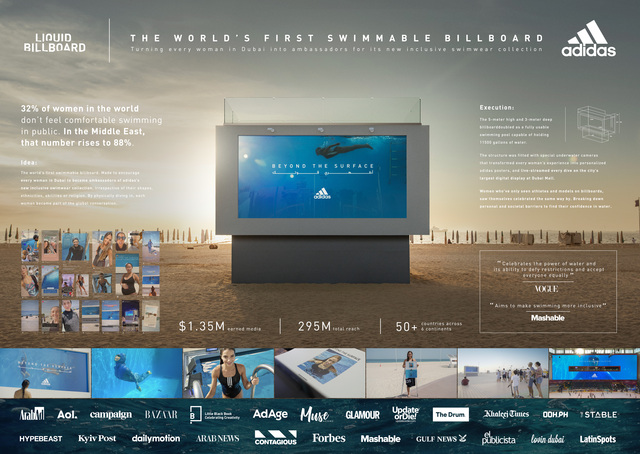 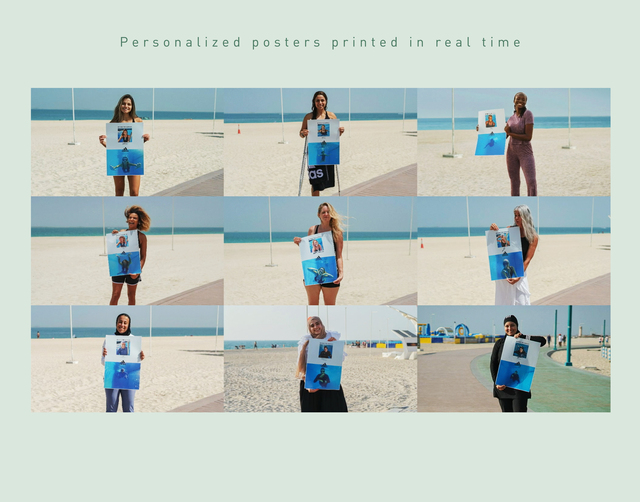 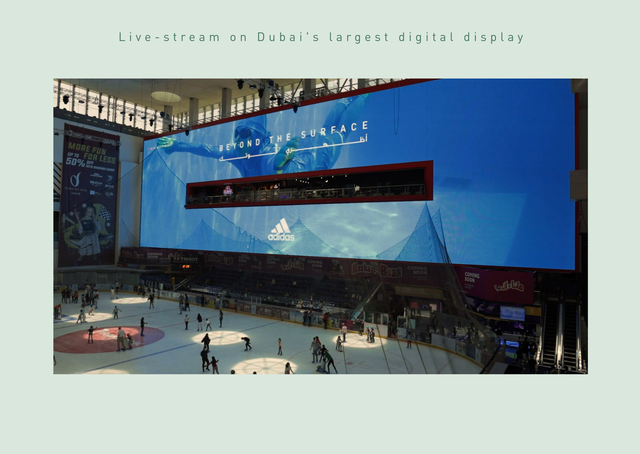 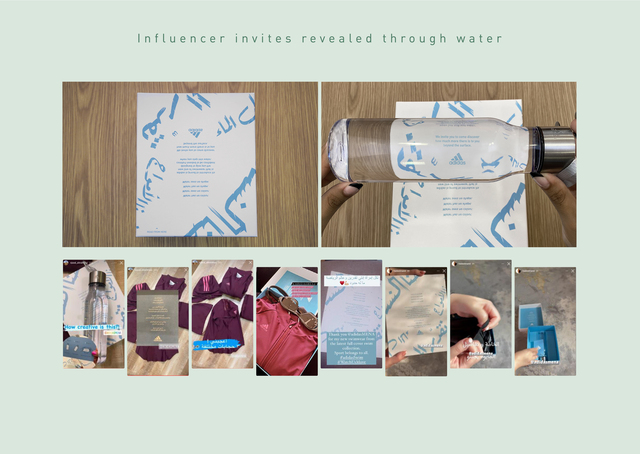 Background: 32% of women in the world don’t feel comfortable swimming in public. In the Middle East, that number rises to 88%.

Idea: The world’s first swimmable billboard. Made to encourage every woman in Dubai to become ambassadors of adidas’s new inclusive swimwear collection, irrespective of their shapes, ethnicities, abilities or religion. By physically diving in, each woman became part of the global conversation. The 5-meter high and 3-meter deep that doubles as a fully usable swimming pool capable of holding 11500 gallons of water, was built in less than three weeks. The structure was fitted with special underwater cameras that transformed every woman’s experience into personalized adidas posters, and live-streamed every dive on the city’s largest digital display at Dubai Mall. Women who’ve only seen athletes and models on billboards, saw themselves celebrated the same way. Breaking down personal and societal barriers to finding their confidence in water.

Results: Within a week, the billboard started a global conversation about inclusivity in swimming across more than 50 countries. 350 million total reach$6 million earned media60+ countries across 6 continents