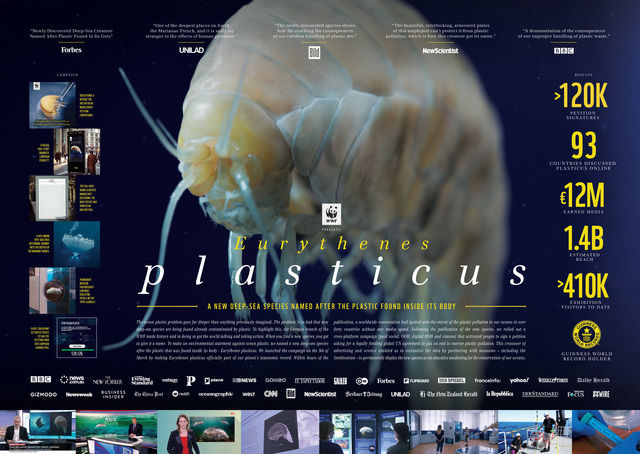 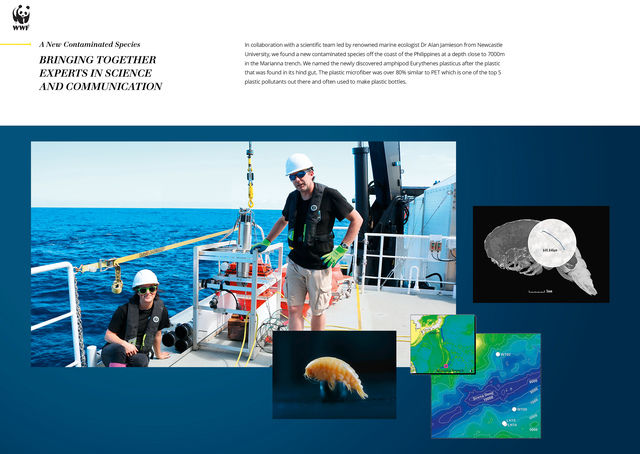 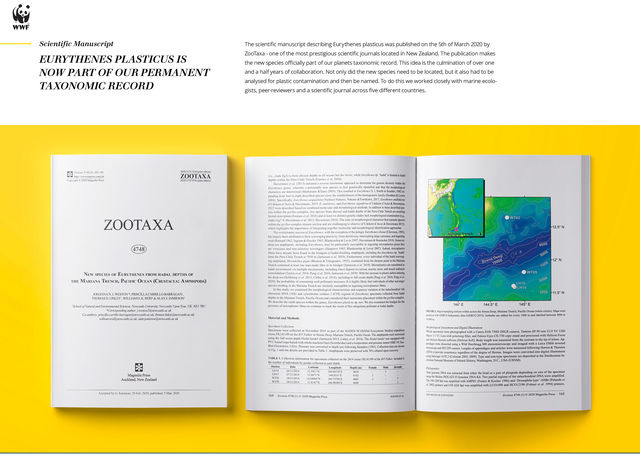 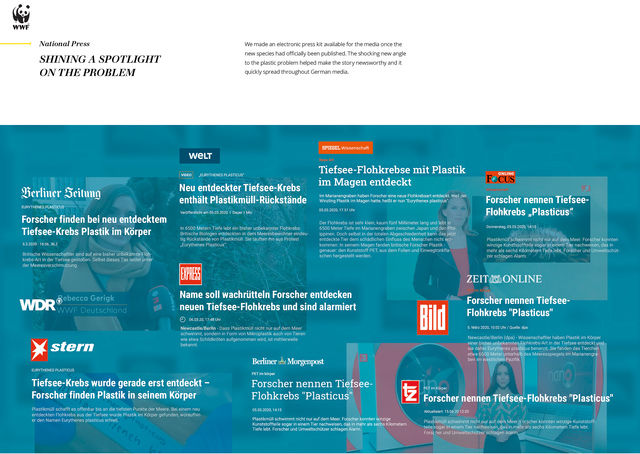 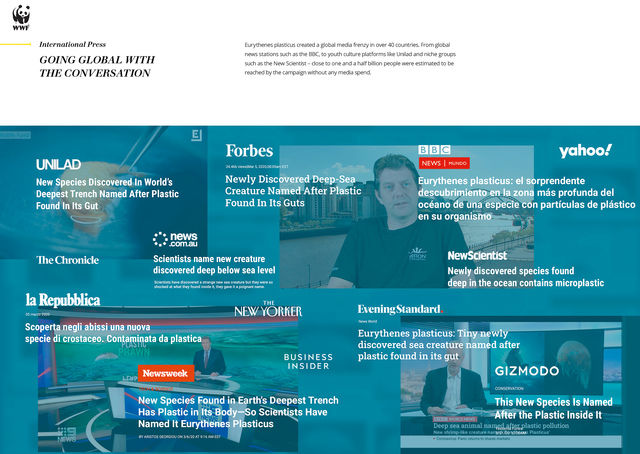 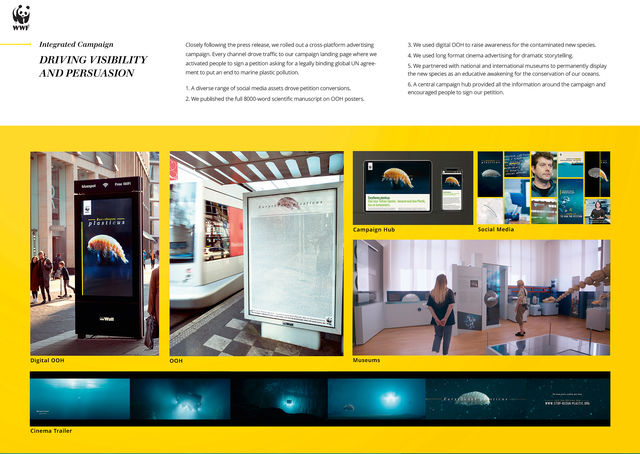 Background: Germans are some of the best sorters of rubbish in the world, but well under 30% of our plastic is recycled. Rather than dealing with our own trash, Germany is the third biggest exporter of plastic waste (behind the USA and Japan) to countries in South East Asia. Because of less stringent regulations in these countries, this trash often ends up at landfill where it’s blown around in the wind, into rivers and ultimately into our oceans. Once in the ocean, the plastic gradually breaks down into microplastics and slowly falls to the sea floor where it can take up to 400 years to fully decompose. Ocean plastic is an important ongoing topic for the WWF. We were given the challenge to find a new spin on a problem that has been desensitized over time that could generate widespread attention and action with a very modest budget.

Idea: When you find a new species you get to give it a name. To make an environmental statement against ocean plastic, we named a new deep-sea species after the plastic that was found inside its body - Eurythenes plasticus. ?This new species has been entered into the permanent taxonomic record as living proof that we’re impacting parts of the world we are still discovering. Following the publication of the scientific manuscript and the worldwide press that resulted, we launched a multi-channel campaign collecting petition signatures calling for a legally binding UN agreement to put an end to marine plastic pollution.

Results: Launched during the rise of COVID-19, Eurythenes plasticus still made a lasting and global impact. - E. plasticus and the environmental topic was first discussed across all major German media & then went global (BBC, Forbes, The New Yorker, Nine News Australia, News.com.au, Gizmodo, Unilad, New Scientist,? The China Post etc). - Over €12 million in estimated earned media value. - The organic social conversation was even picked up by celebrities such as Anitta in Brazil who shared it with her 50M followers. - The petition to date has over 2 million signatures (120k in campaign period) & will be presented to the UN shortly. - The permanent museum exhibitions have had over 410,000 combined visitors to date. - Due to great interest from schools, we developed the website plasticus.school as an international educational resource that has thousands of downloads to date. - E. plasticus received a Guinness World Record as the first new species contaminated by plastic. 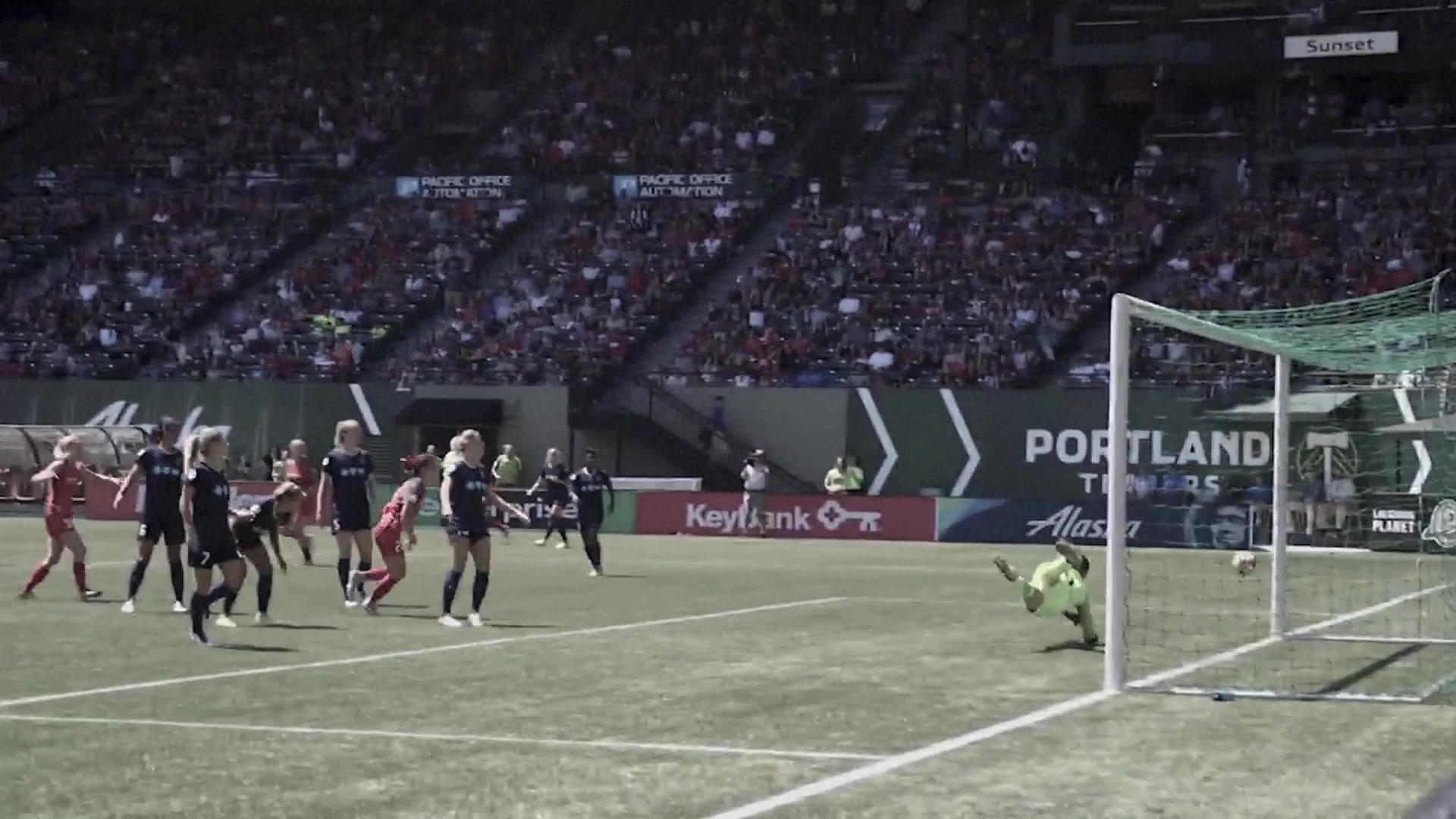 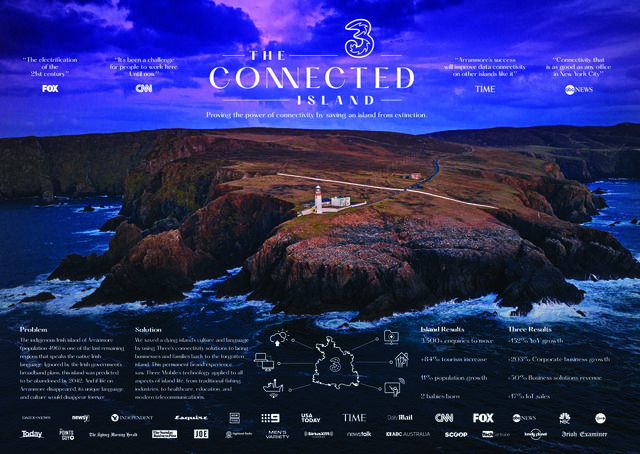 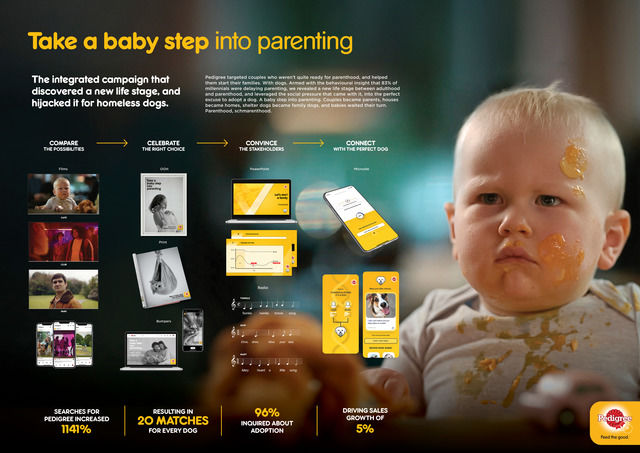 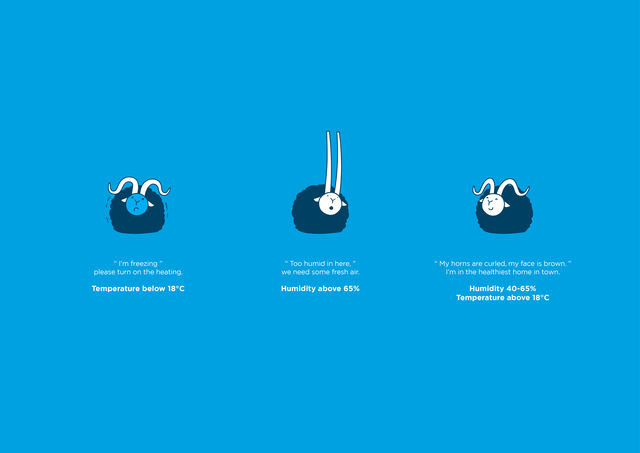 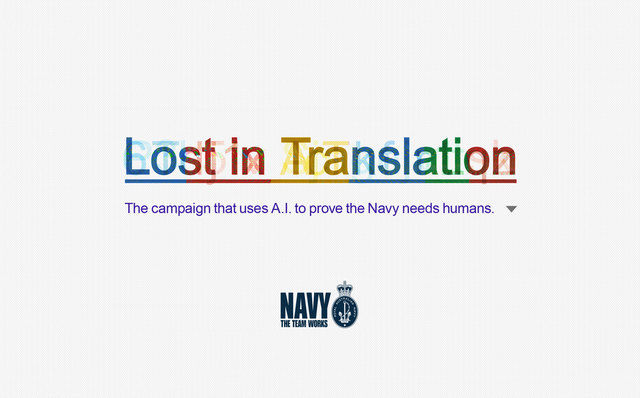 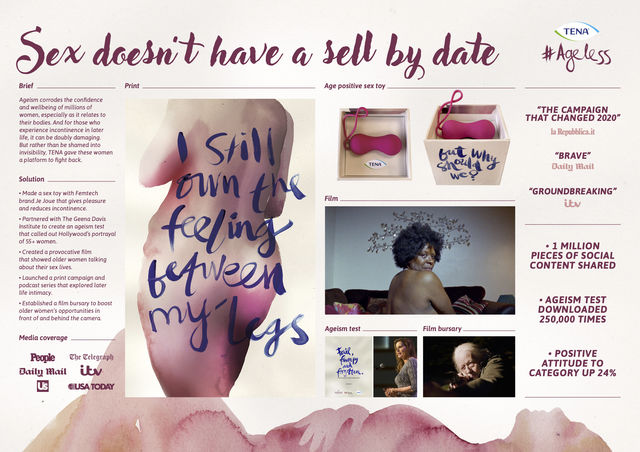