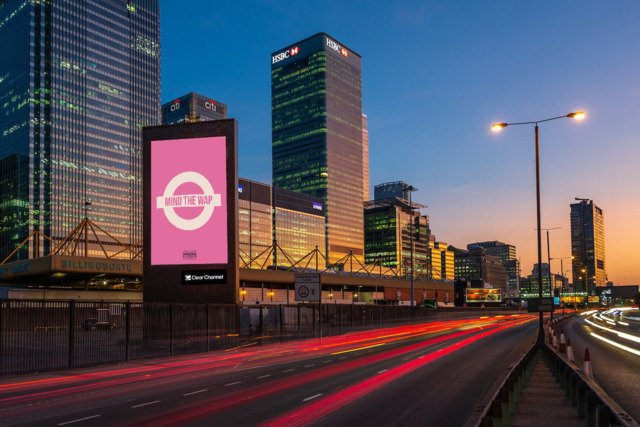 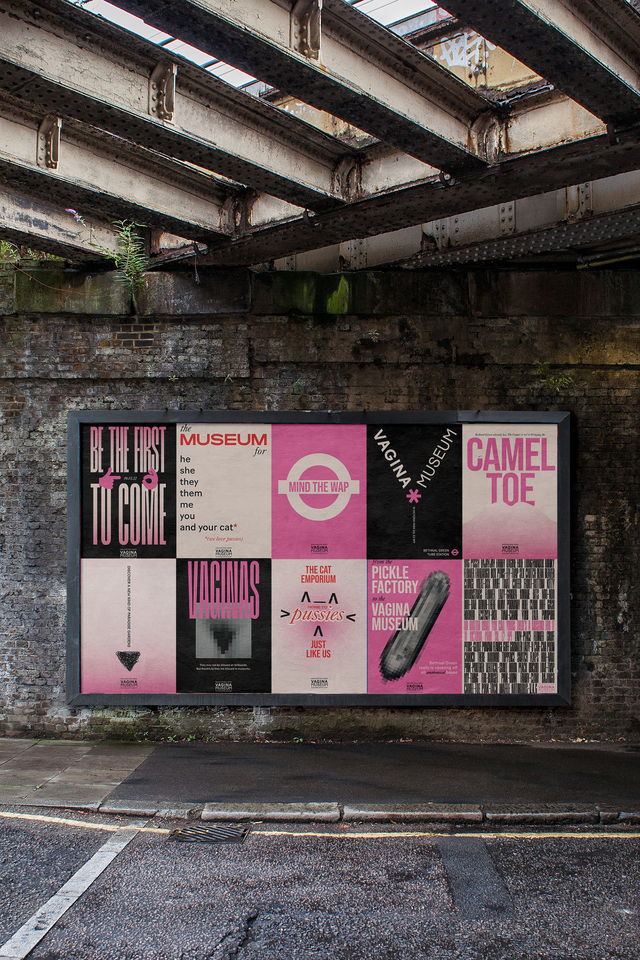 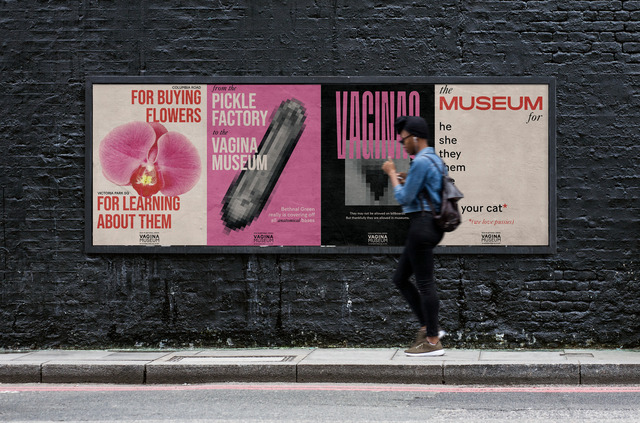 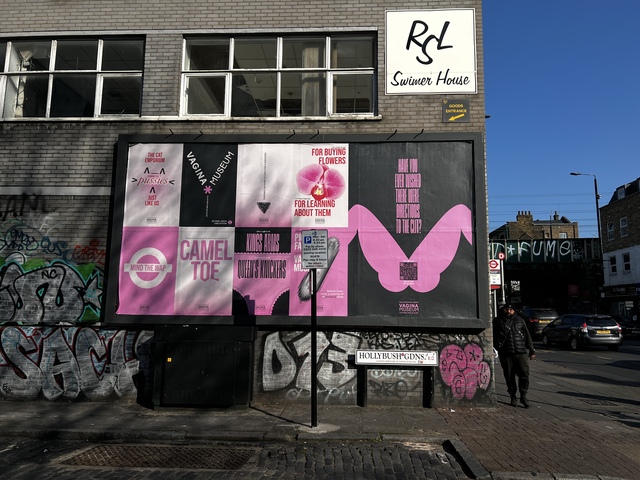 Background: The Vagina Museum, the world’s first bricks-and-mortar museum dedicated to vaginas, vulvas and the gynaecological anatomy, was due to open its doors at new premises in Bethnal Green in March 2022, following almost six months of temporary closure. As part of an awareness drive to announce its arrival in Bethnal Green and as a way of helping it integrate into the local neighbourhood, the museum opened alongside a local OOH campaign called ‘Neighbours’. With Hollie McNish campaigning for the show Naked Attraction to correctly name the vulva (and continue to call it the vagina), violence against women climbing to an all-time high, womxn’s bodies still controlled by male-led governments and Instagram facing censorship issues - culturally there’s never been a better time to normalise vaginas, vulvas, and simple human anatomy, through humour, bold art-direction, and distinctive visuals. The campaign was grounded in the museum’s mission – just one important part of what the museum does is educate people around intersectional feminism and trans inclusive rights. Not only did the work have to help the museum integrate into the neighbourhood but it also needed to help raise awareness for what the museum stands for, believes in, and offers. Womxn, trans and non-binary people are a huge part of the museum and its reason for existing and as such, the audience for the campaign was quite literally, everyone.

Idea: We originally took inspiration from the Bethnal Green neighbourhood. We discovered many parallels between the museum offering and local attractions - like ‘The Camel’ Pub and ‘The Pickle Factory’ - so we could authentically create posters that showed how the museum was part of the vibrant local community, rather than something that sat apart from it. We deliberately created 16 different posters that worked symbiotically as a collection but also stood apart as individuals. The posters in the campaign were designed to be stolen – art you would want to have hanging on your wall at home. A visual delight. A statement. Something to stand by and stand for. They sold out online within 24hours and a new print run immediately ordered.The work ran in localised static and digital OOH and Fly Posters sites, across the whole of March in East London only. All media was donated by JackArts (part of the BUILDHOLLYWOOD family), London Lites and Clear Channel.

Results: National and global coverage spanning 9 countries. A website traffic increase by an average of 450% in the first two weeks of the campaign. The posters sold out online within 24hours. Visitor numbers on opening weekend over 76% more than previous opening weekends.