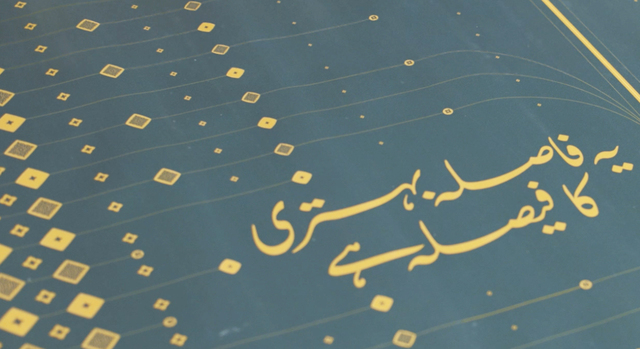 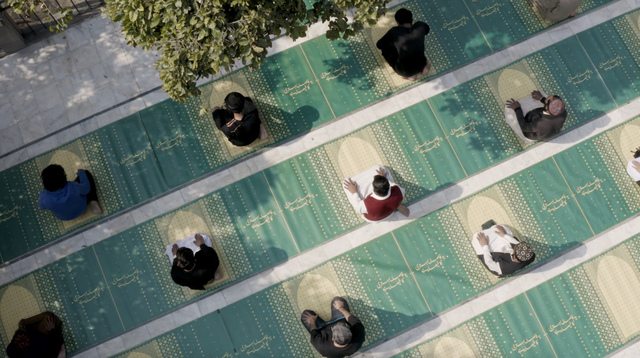 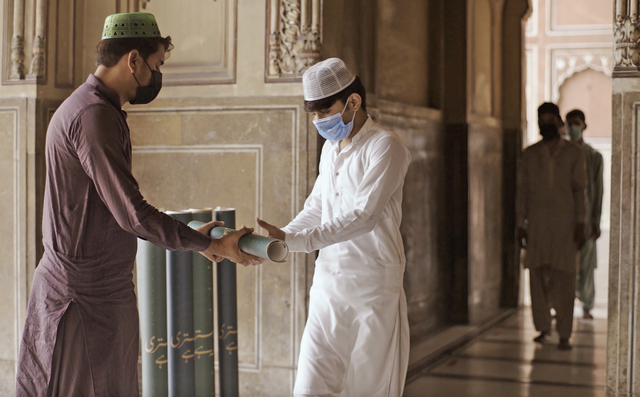 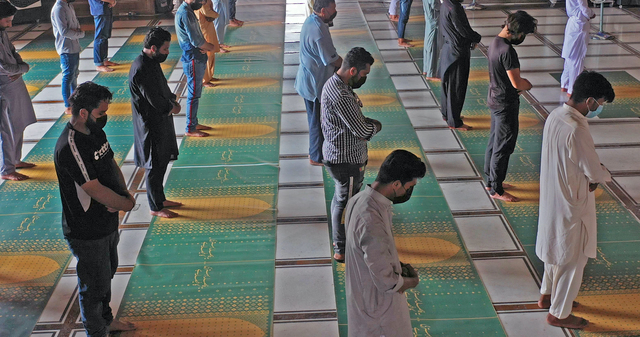 Background: As with the rest of the world, the COVID-19 situation in Pakistan was peaking yet again in 2021. In Pakistan, where education is low, and fatalism high, it was even tougher to convince the population to follow protection guidelines such as social distancing.Our objective, especially coming up to the annual Eid religious festival that draws millions of people to pray at crowded indoor mosques, was to not only spread an awareness message of social distancing, but to provide the population with a tool that would enable them to do so.

Idea: Traditional Islamic prayer mats – or the jaanemaz - are about 70cm wide, and used in mosques where Muslims pray close to each other. This prayer mat demarcates a personal space to pray within that would not be disturbed or intruded upon by others.To build social distancing amongst mosque-visitors, we widened the individual prayer mat to 220cm with a message imprinted amongst its motif that reminds worshippers to maintain a safe distance.This was the first time in almost a thousand years that the dimensions of the Islamic prayer mat had been altered.

Results: The mat design was not only immediately endorsed by the Council of Islamic Ideology of Pakistan - a massive influence on the religious community - but also promoted by members of government who had previously not been successful in implementing a successful social distancing strategy in mosques.The open-source mat design - free for anyone anywhere to download, has already been downloaded in 7 countries.The film was viewed more than 4 million times, and along with media impressions that went beyond 11 million and social engagements in excess of 13,000, led to a rise in brand love of 12 points.In post-campaign research, the consumer''''s association of protection with Dettol had reached a whopping 98%.The Social Distancing Prayer Mat resulted in tremendous positive PR for Dettol and played an active role in raising awareness for social distancing during the pandemic, helping save lives.