CRIS Cancer Foundation
"The Battle Inside" 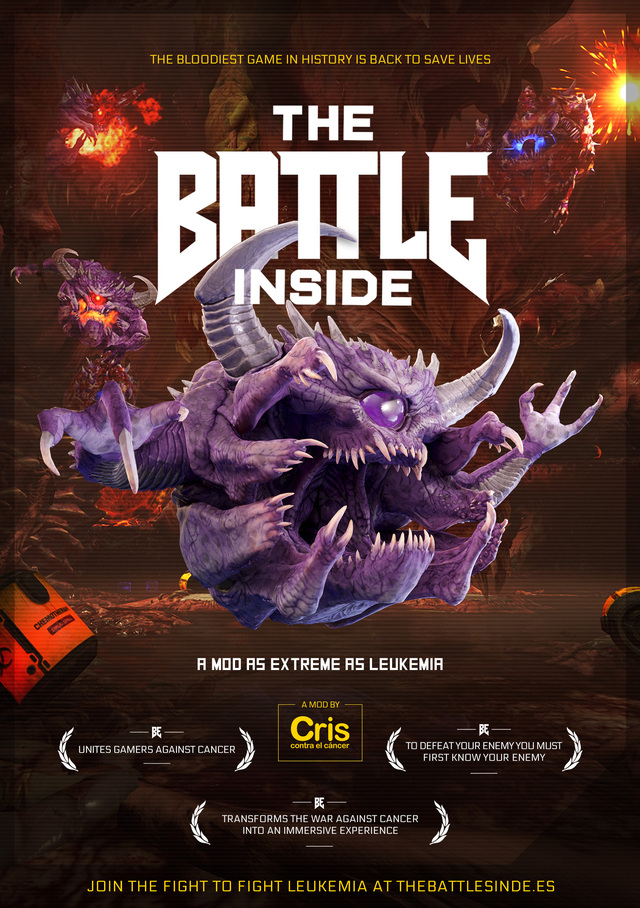 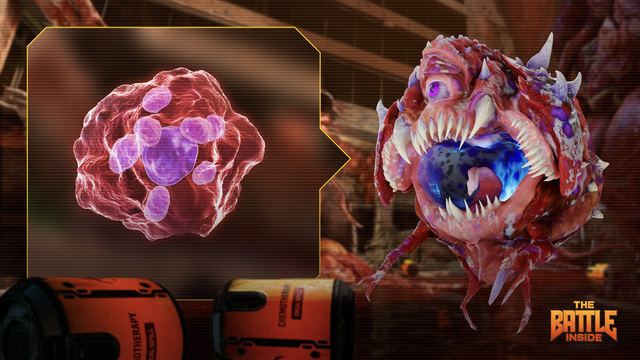 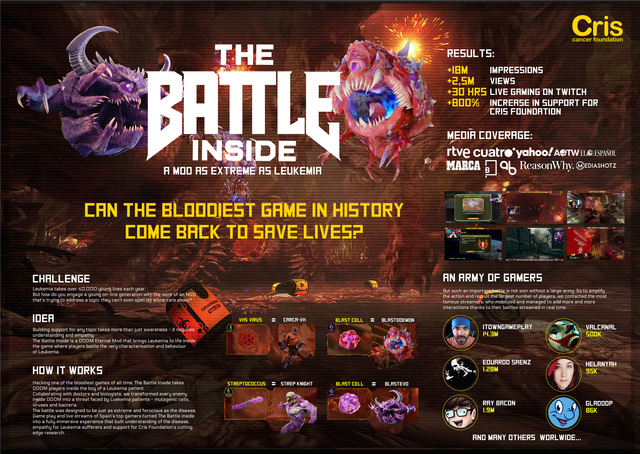 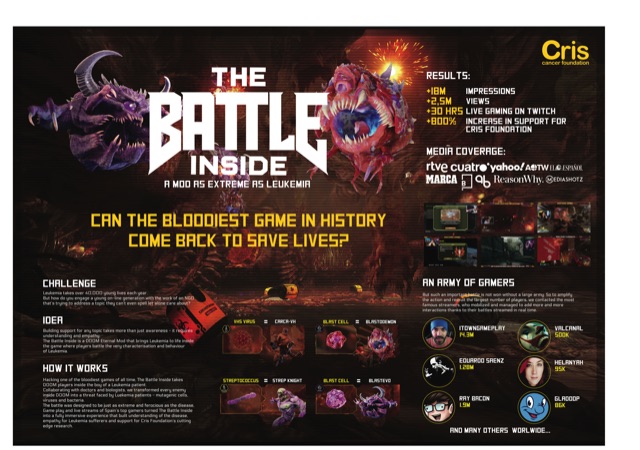 Background: Leukemia is terrible. But it is especially cruel on the younger population. Thousands of children and adolescents suffer from it and there are approximately 40,000 deaths per year and research and awareness are currently the best weapon to defeat it.

Idea: In order to raise awareness and funds for research we went straight to the place where young people spend most of their time: video games. Thus was born "The Battle inside" a mod of one of the bloodiest games in history "DOOM ETERNAL" that turned death into life. We hack the original game to create a new battlefield: the inner body of a leukemia patient. In cooperation with doctors and biologists, we transformed every enemy in the game into the real threat faced by patients - viruses, fungi and bacteria - and fought them until they were defeated. This turned a game into a fully immersive experience. But such an important battle is not won without a large army. So to amplify the action and recruit the largest number of players, we contacted the most famous streamers, who mobilized and managed to add more and more interactions thanks to their battles streamed in real time and bringing our message of awareness to young people around the world.

Results: To date, the results could not be better. The Battle Inside has had over 18M impressions and 2.5M views. It has also counted more than 30 hours of live gameplay on Twitch and visits to the Cris Foundation website are up 800%.For the first time, we turned DOOM from a game about taking lives to saving lives