Visit Brussels
"More than the colors of its flag" 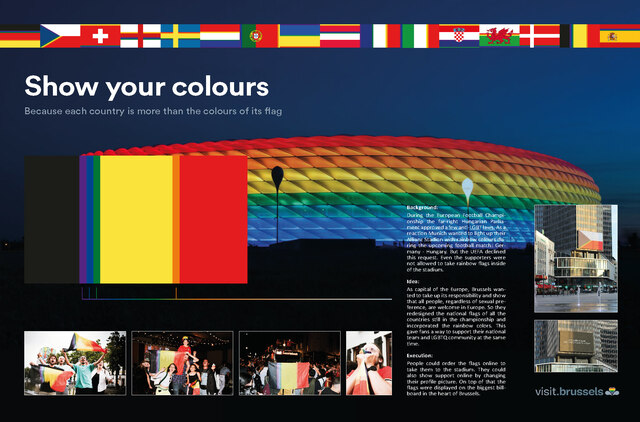 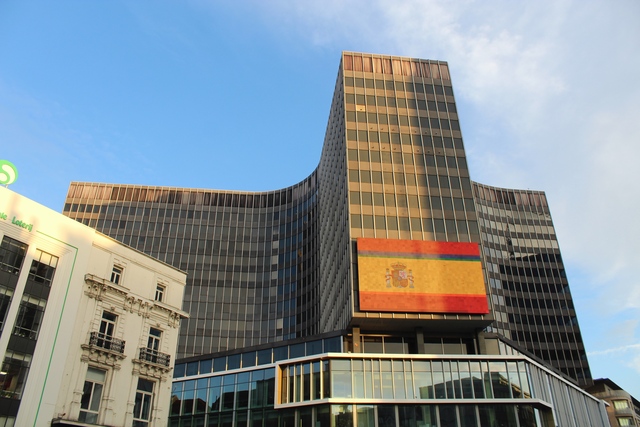 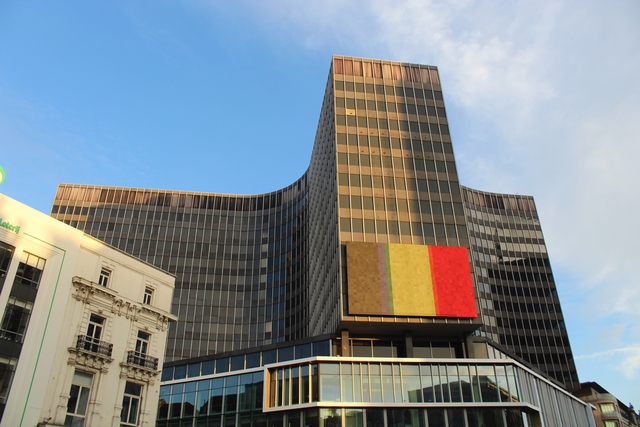 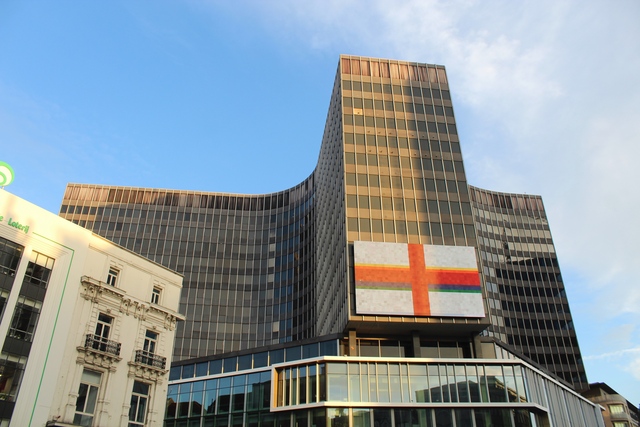 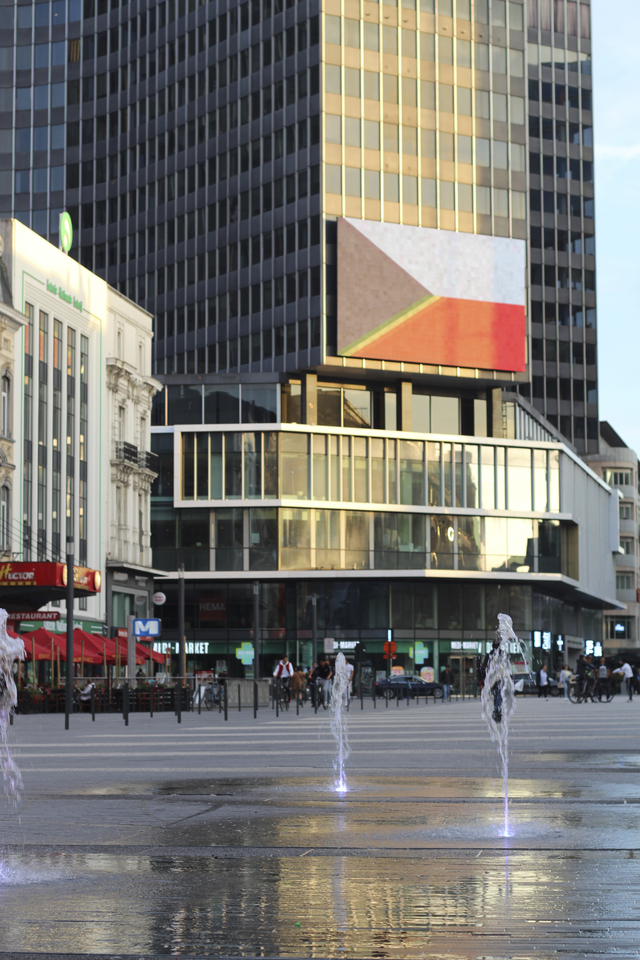 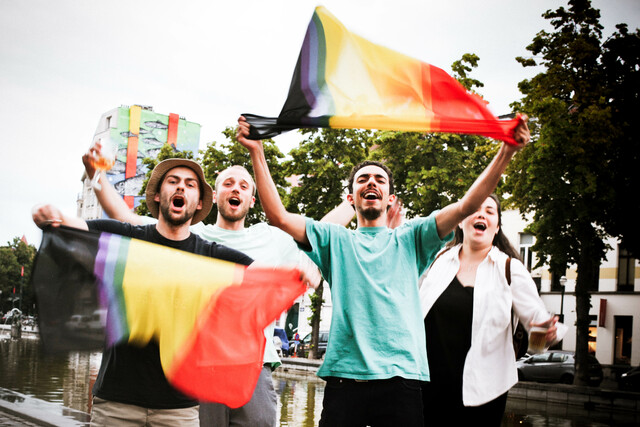 Background: After the EURO 2020 was postponed for one year, sports fans were excited about these games. Unfortunately, not all sports fans could equally enjoy these games. Because at the time of EURO 2020 an anti-LGBTQ law passed by Hungary’s parliament, the legislation bans the dissemination of content in schools deemed to promote homosexuality and gender change. As a reaction to this law, the Munich City council requested EUFA (De Union of European Football Associations) to color the Allianz Arena in the rainbow flag for the EURO match ‘Netherlands - the Czech Republic. But UEFA dismissed this request.Brussels embodies multiculturality, it is the second cosmopolitan city in the world with 183 different nationalities (Dubai ranks number one). So, when UEFA denied coloring the Allianz Arena in the rainbow colors. Brussels took a stand and became the voice of Europe. As the capital of Europe, Brussels wanted to point out that it is also the capital of Europe when it comes to respecting everyone’s sexual orientation. As Brussels found it important to reassure that people know that everyone is welcome in Europe regardless of sexual preferences. As supporters of international games always take pride in waving their country flag, Brussels gave extra meaning to it by redesigning the national flags of the 16 remaining competitors of EURO 2020 and incorporating the rainbow colors in it. Giving other European countries and supporters also the chance to wave the flag of their team and simultaneously support the LGBTQ community.

Idea: Great design conveys powerful messages through simple aesthetics.The flag design is probably the simplest form of graphic design. It is often a matter of a few strong colours, a few fields, very rarely a coat of arms. Flags carry a whole history within them and almost always symbolise pride, freedom and unity. That made them the perfect tool to protest UEFA’s ban of the rainbow colours in the Allianz Arena. By subtly incorporating the rainbow flag, Visit Brussels gave each flag just that extra bit of new information. Making it a strong symbol with a clear message: all countries that are part of the European Union are against the anti-LGBTQ+ legislation and the ban of UEFA. Because every country is more than the colours of its flag.

Results: People could order the flags online to take them to the stadium. They could also show their support online by changing their profile picture. The Flags were also displayed on the biggest billboard at the heart of Brussels.