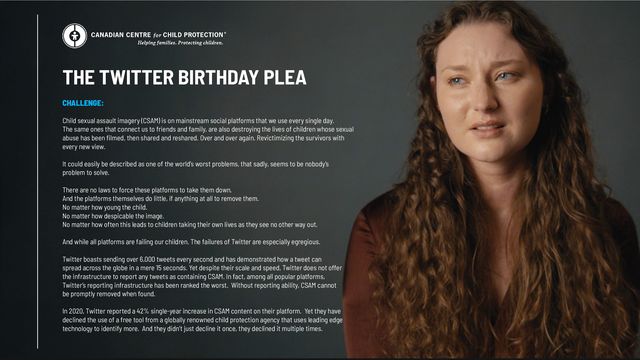 Background: Objectives and Challenges:Child sexual assault imagery (CSAM) is on mainstream social platforms that we use every single day. The same ones that connect us to friends and family, are also destroying the lives of children whose sexual abuse has been filmed, then shared and reshared. Over and over again. Revictimizing the survivors with every new view. It could easily be described as one of the world’s worst problems, that sadly, seems to be nobody’s problem to solve. There are no laws to force these platforms to take them down. And the platforms themselves do little, if anything at all to remove them. No matter how young the child.No matter how despicable the image. No matter how often this leads to children taking their own lives as they see no other way out. And while all platforms are failing our children. The failures of Twitter are especially egregious. Twitter boasts sending over 6,000 tweets every second and has demonstrated how a tweet can spread across the globe in a mere 15 seconds. Yet despite their scale and speed, Twitter does not offer the infrastructure to report any tweets as containing CSAM. In fact, among all popular platforms, Twitter’s reporting infrastructure has been ranked the worst. Without reporting ability, CSAM cannot be promptly removed when found.In 2020, Twitter reported a 42% single-year increase in CSAM content on their platform. Yet they have declined the use of a free tool from a globally renowned child protection agency that uses leading edge technology to identify more. And they didn’t just decline it once, they declined it multiple times. The Canadian Centre for Child Protection details survivor reports of spending hours every day searching Twitter for their own CSAM content. A recent US lawsuit identifies a 13 year old plaintiff who found his own CSAM content on Twitter. It had received over 167,000 views and 2223 retweets. His direct request to Twitter for its removal was denied. Twitter’s response was that the content “did not violate it’s policies”. Twitter’s lack of action simply cannot be accepted anymore.Objective: Educate and enrage people with the truth of the enormous failures of Twitter to put pressure on the platform to do more. With no paid media budget, we needed to ensure this conversation spread to as many corners of the globe, making it unignorable for the platform.Insight:People think that CSAM lives in the murky corners of the dark web, but in reality, their favourite social media platforms, like Twitter, are hot spots for CSAM activity. Armed with the knowledge that survivors plead with Twitter for their content’s removal without success, we used this insight to our advantage to engage the general public to put pressure on Twitter to take action. Knowing that most people are viscerally opposed to child abuse, our strategy was to shame Twitter into action by revealing their role in the spread of CSAM.

Idea: IdeaOn March 21st, Twitter would be turning 15 years old. While it’s a fun age for most, for survivors of CSAM, fifteen years of Twitter represents enduring years and years of their content being spread, popping up over and over again on this public platform. With 15 years of no action and no accountability, it was the perfect time to give survivors a voice to share the ‘gifts’ that Twitter had given them year over year. ExecutionFour days in advance of Twitter’s big day, we released a powerful video capturing the collective voices and raw emotion of real survivors. The film begins by wishing the social media giant a happy 15th birthday. The tone then begins to shift as the survivors recount their own experiences at that age—the abuse they suffered and the lengths they’ve gone to try and get Twitter to remove their CSAM from the platform. The video was released on the very platform where we wanted to bring change, using the reach and scale of Twitter against them. To ensure it spread just as quickly as the Twitter algorithm distributes content, we seeded the video with influential advocates ranging from celebrities like Ricky Martin and Mayim Bialik to New York Times investigative reporter Nicholas Kristoff and survivor advocates like Eliza Bleu. More information was shared on our microsite BirthdayPlea.com including the video, data on the scope of the problem and a custom birthday cake map, illustrating the speed at which Twitter can spread content around the globe. The call-to-action was simple, share this message and demand change from Twitter.

Results: Results:The four day campaign generated over 330 million impressions worldwide with coverage from Canada to the US and Asia. On Twitter alone, over 30 million impressions were generated with thousands of people sharing the #TwitterBirthdayPlea message, spreading far and wide - all without any paid media to support. Spreading around the globe, just as Twitter is famous for doing, messages of support came pouring in from the United States, Spain, Australia, Mexico, India, Germany and even Guyana. Upon launch, the website saw hundreds of visits per day as people learned more about the problem and shared the video directly from our site. Within four days over 1,000 people shared the video with their own social networks direct from our site. In the days following, Twitter refused to comment outside of their automated response in fear of adding more fuel to the fire. Weeks following the campaign the hashtag #TwitterBirthdayPlea and video are still being shared across the platform. Two weeks after the campaign broke, The Five Eyes (an intelligence alliance of Australia, Canada, New Zealand, the United Kingdom, and the United States) invited the Canadian Centre for Child Protection to speak at a meeting concerning the global epidemic of CSAM online.Our only outstanding birthday wish is that Twitter would accept our gift of a free tool that would protect OUR kids, on YOUR platform. Because you are right Jack Dorsey, the material doesn’t violate your policy, it violates basic human decency. 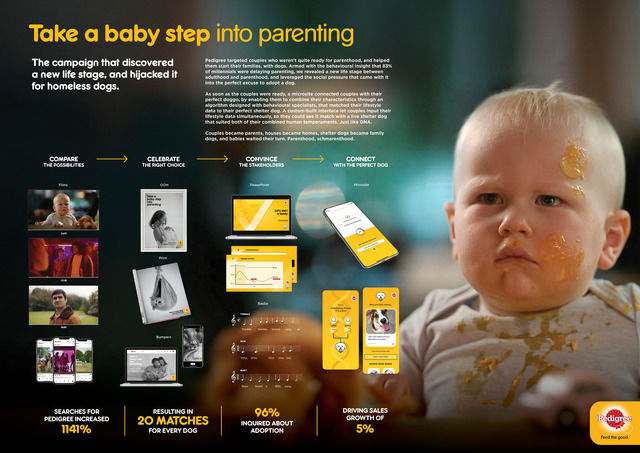 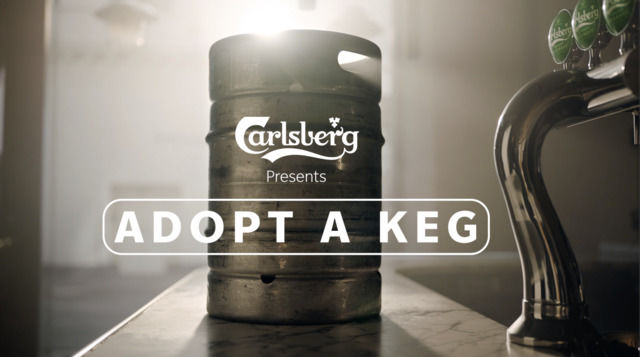