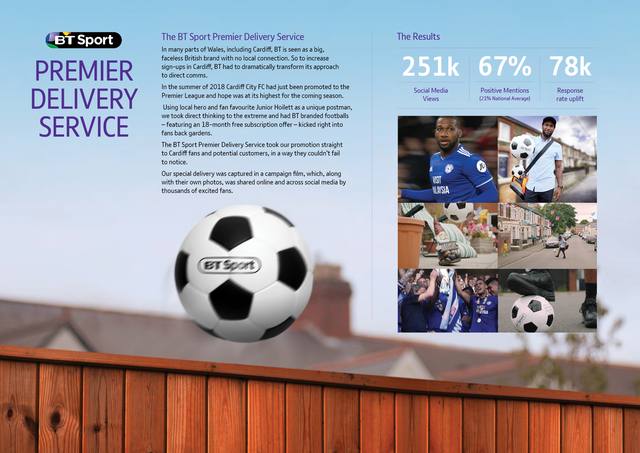 Background: BT is perceived as a faceless, traditional British brand, which to some local communities can appear to be out of touch. A lot of this perception is a holdover from the days of BT being a nationalised business. This feeling is especially true in Wales where local and Welsh brands are often preferred over big UK brands. The strength of the BT brand in England stems from its heritage as a British brand, whilst in Wales this isn’t the case, where people favour a local touch. As a result BT has struggled to cut through with direct communications in Cardiff, the Welsh capital. BT needed to find a way to drive engagement with its direct communications to ensure it doesn’t lose market share in Cardiff to competitors.

Idea: In order to appeal to the people of Cardiff, we needed to genuinely engage with their passions. Cardiff City football club had just been promoted to the Premier League and hope was at its highest for the coming season.We transformed our approach to direct comms by creating the ‘Premier Delivery Service, and literally kicked our communication into back gardens of football fans, which was printed on specially branded BT footballs, each featuring an 18-month free subscription offer. Using a local hero and international football star we took direct thinking to the extreme and had Cardiff City favourite, Junior Hoilett, ‘deliver’ our footballs by kicking them down Cardiff Streets, over walls and into the gardens of fans and potential customers. The whole scene was captured in a campaign film, which was shared online and across social media and now our footballs live on like no other piece of direct mail.

Results: Cardiff City fans loved the campaign so much they shared reactions across all social media channels generating a huge amount of localised conversation, over 251K social media views, plus hundreds of comments, shares and RTs.Positive mentions of BT in the Cardiff area were 67% positive, showing that Cardiff took BT into their hearts as a result of seeing the campaign. The national average is usually just 21%. We managed to reach 93% of the population of Cardiff, so that’s a lot of positive people.Commercially it was a great success, with a 78% uplift in response rate vs non-targeted standard door drop and a 69% uplift in conversion rate vs non-targeted standard door drop. 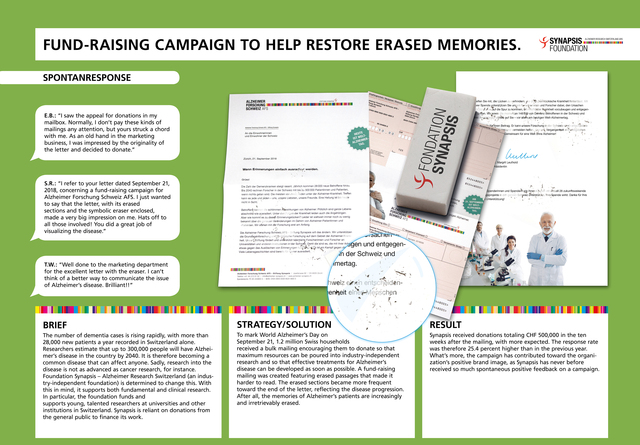 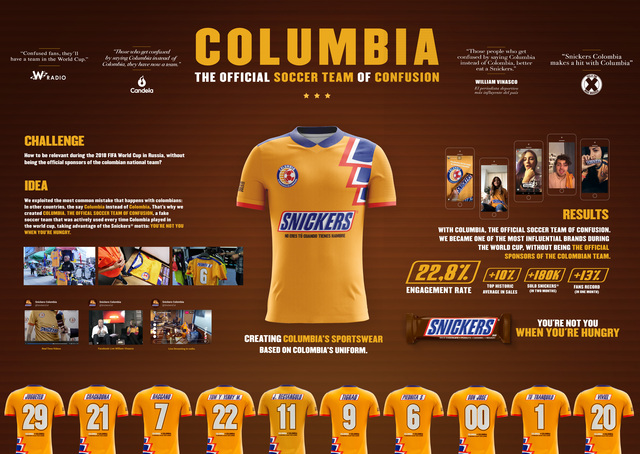 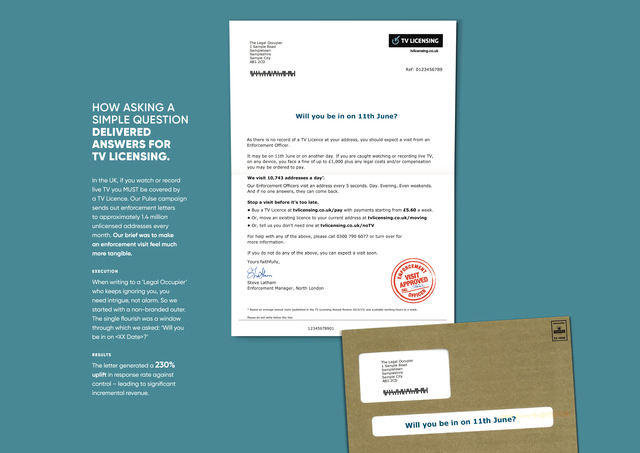